Had thought about whether to use a VPN or Smart DNS proxy service?, let’s get to the basics of VPN service and Smart DNS Proxy.

VPN stands for Virtual Private Network which is basically a secure connection between two or more devices.

How A VPN Service Works?

A VPN creates a secure tunnel between your device(s) to a VPN server before passing on to the Internet.

Look at the video explanation below on how a VPN works.

Still don’t quite understand how a VPN works? Think about you’re driving a car on a highway (Internet) where everyone can see you and you’ve decided to take an exit to a private tunnel (VPN) and you’re no longer be seen on what you’re doing in the tunnel, make sense? ????

What Is A Smart DNS Proxy?

Basically, the service works by redirecting certain traffic via servers located throughout the globe. So for example, say you want to watch BBC iPlayer, instead of your computer connecting directly to the BBC iPlayer servers, it is automatically redirected so that it connects via a server in the United Kingdom. As a result, BBC iPlayer thinks that you are actually in the United Kingdom and lets you access the site.

This service is highly recommended if you’re only planning to use the service to access geo-restricted TV channels. However, there are Pros and Cons of using this service over VPN service, depending on the main reason you get the subscription in the first place.

If you want to use a service just to access geo-restricted media, you should go for Smart DNS proxy but if security is your concern, you should always go for a VPN service. What was your choice? did you enjoy Smart DNS service more than a VPN? or vice versa? 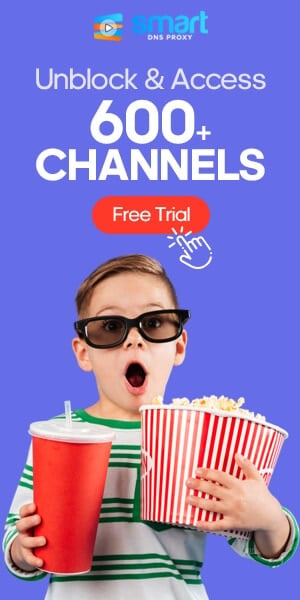